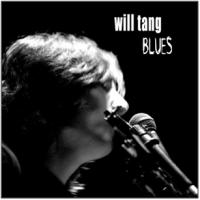 "Blues", the new album from Will Tang, does exactly what it says. It is a collection of raw blues tracks which capture the honesty of the genre. The songs, which were recorded live, are spontaneous and improvised with some real magical moments.
This is an album for true blues fans and follows his much acclaimed UK debut success Everything Changes